Jose was a student of mine. Already having his sister in my class, I looked forward to having him as well. Charismatic, humorous, and benevolent; Jose was a true pleasure to have in class. His ability to maintain maturity when needed and immaturity when the situation called for it made him an enjoyable human being.

While playing for the school volleyball team, Jose began to complain of massive pain in his leg accompanied by a growth. Many of the staff assumed that it was an odd fracture or sprain, but the grim diagnosis of a tumor was the last any of us expected. Cancer cells had started to grow rapidly in his leg, just around the knee. Jose was quickly admitted to a local hospital that is known for its subpar care. Through utilizing some community outreach and various members of the school staff, Jose was placed in one of the top pediatric oncology wards in the nation, Memorial Sloan Kettering.

He was treated by the doctors and after several surgeries, was given the all clear that the tumor and cancer had gone. He was able to return to school and was told that in the future would be able to resume athletic activities, hopefully.

Eleven months after his first diagnosis, Jose was told that his cancer had actually spread to other areas of his body. There were growths in his shoulders and lungs. Doctors and nurses scrambled into action to come up with a plan of treatment, before performing surgery in the summer of 2014. It was here that I was able to come and visit Jose and his true colors showed.
His whole family was there. They looked as if they would be camping out in the hospital. While there, Jose was all smiles. Never once did he show any sign of defeat. I stayed with them for a few hours and joked around while having small talk. Jose couldn’t wait to return to school. It seemed to bring him a sense of normalcy to his now dramatically altered life. Prior to leaving, his family was discussing the visiting schedule and what was discussed was remarkable. His mother and older sister discussed how they would spend time with Jose while caring for the youngest brother. His mother and sister were taking 12 hour shifts to be with Jose while he was in the hospital. At no point would he be left alone. This really struck a chord. Having family members suffering from cancer or serious traumatic injuries in my own family, we became accustomed to visiting family in the hospital on shifts to help care for them and keep them company. But at some point, we had to leave to take care of our own families, jobs, or school responsibilities. Jose, however, would never be left alone. That was a true showing of the strong bond that this family has forged over the years. Just before I left, I joked to Jose that I expected all of my work to be done as he would still be on my roster in school and did not get any special treatment.

Several days into the school year, his sister approached me and asked for work for Jose. I was in shock, but obliged, not expecting any to be completed. Several days later, his work was returned, completed and done properly with no instruction. It was shocking. This continued throughout the school year. When Jose’s white blood cell count was high enough, he would come to visit the school and it seemed that the whole school day was temporarily suspended as staff and students alike flocked to go see him and talk to him. His smile never seemed to vanish even after 3 separate cancer treatments and numerous surgeries.
Jose was poised to return to school for the 2014 – 2015 school year. Once again declared cancer free, he hoped to return to normalcy. Jose was in another one of my classes and towards the end of the semester, he informed me that his cancer had returned and that due to the massive amounts of chemotherapy and surgeries, he was running out of options. More chemotherapy would have killed him, he said. Surgeries were no longer viable for this cancer. It seemed that for the first time in this battle, Jose let his guard down and that smile began to fade. The once seemingly unbreakable Jose was allowing his fears to get the best of him.

As the remainder of the school year progressed, Jose was given a proposition to try some experimental treatments that were entering the human trial phases here in the US. With no other recourse to fight his cancer, he and his family accepted. Nobody knew what to expect, but we all hoped for the best.
The school year progressed. Jose was intermittently in school. His visits were sporadic, but more than welcome by all. Towards the end of the year, he was cleared to return to school, seemingly bringing back the normalcy to a teenager. He passed all of his state exams that are required for graduation. Prom was a hit. It all seemed to settle.

Upon hearing about Hope Prevails, I reached out to his mother and discussed doing a shoot. She happily agreed and told me something amazing. Jose was once again cancer free. His doctors also seemed more assured that it will be less likely to return.

I’m looking forward to seeing him again in a few days; enjoying his final year of high school and many more years of life.

A special thanks to Gar Yee Photography for these priceless images. 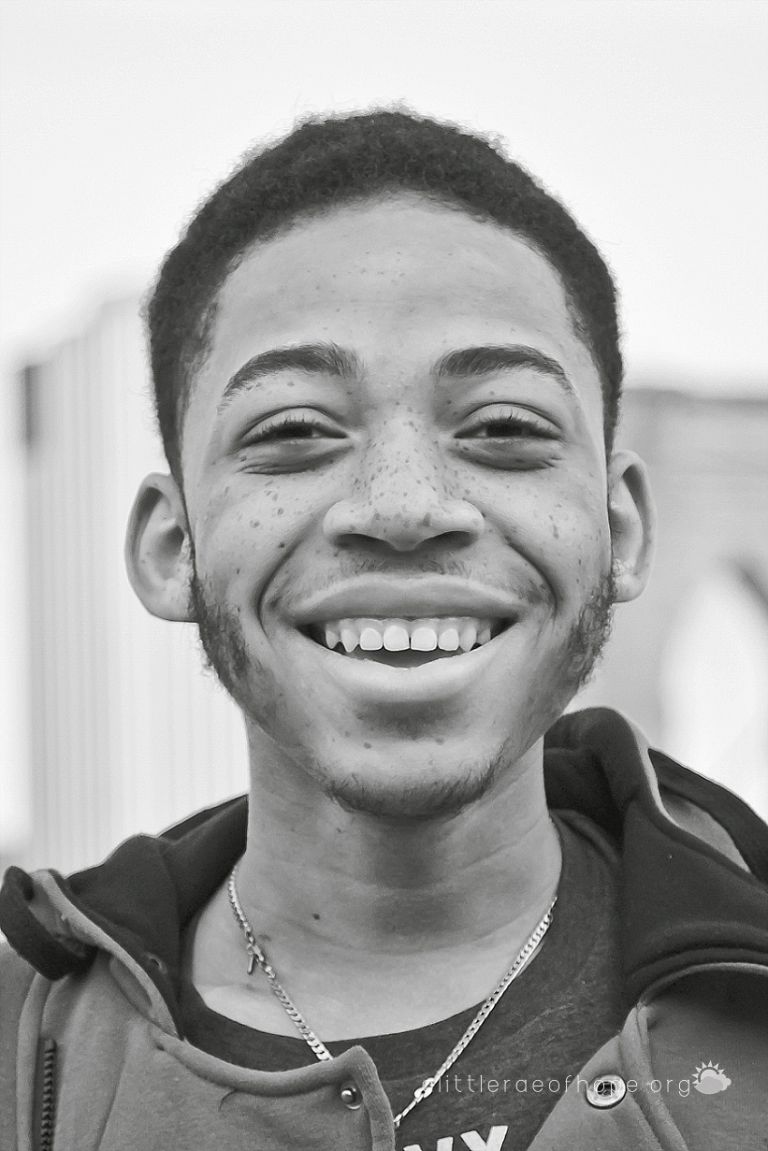 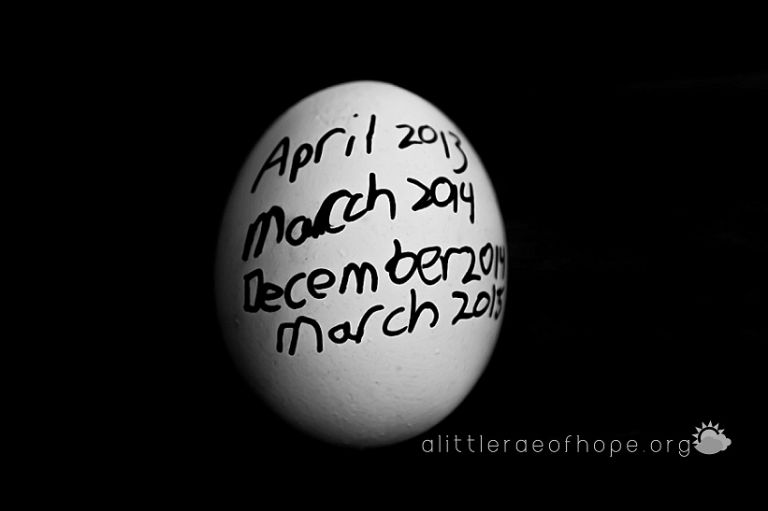 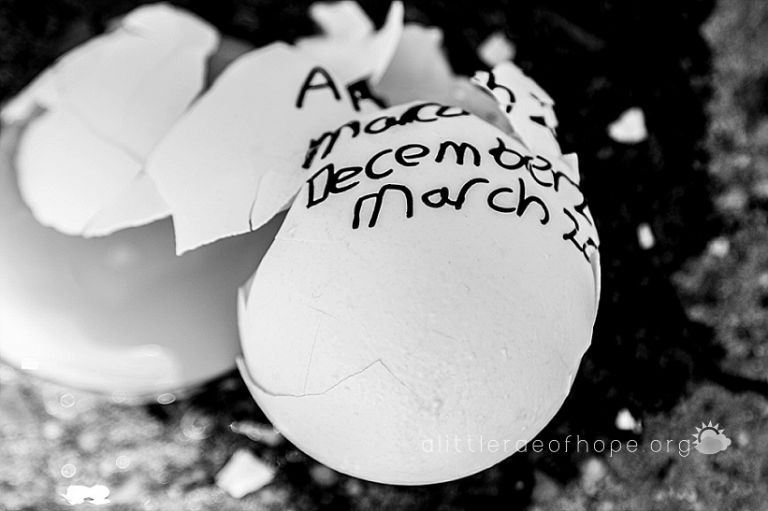 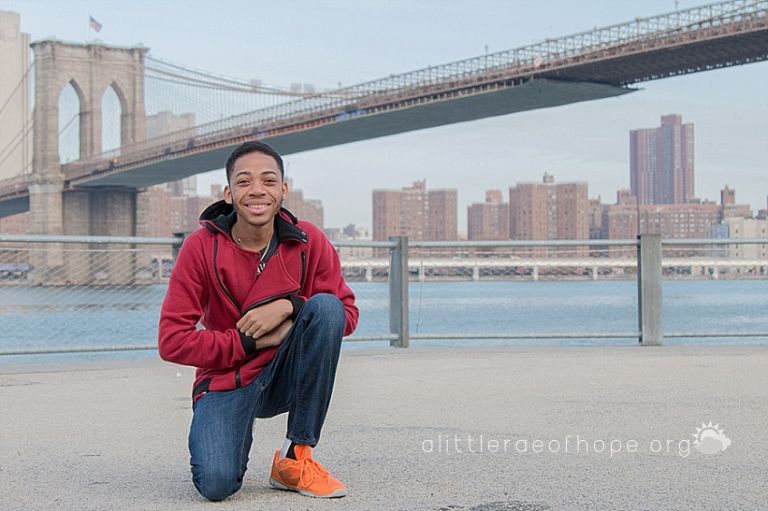 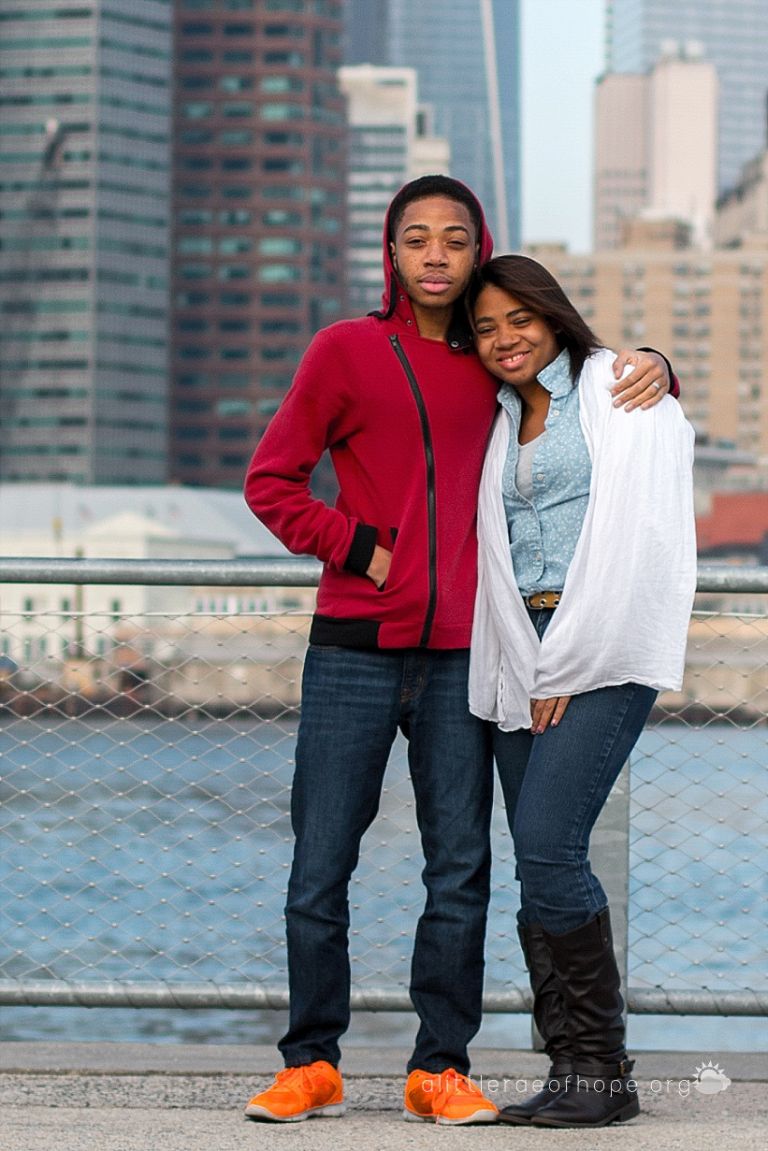 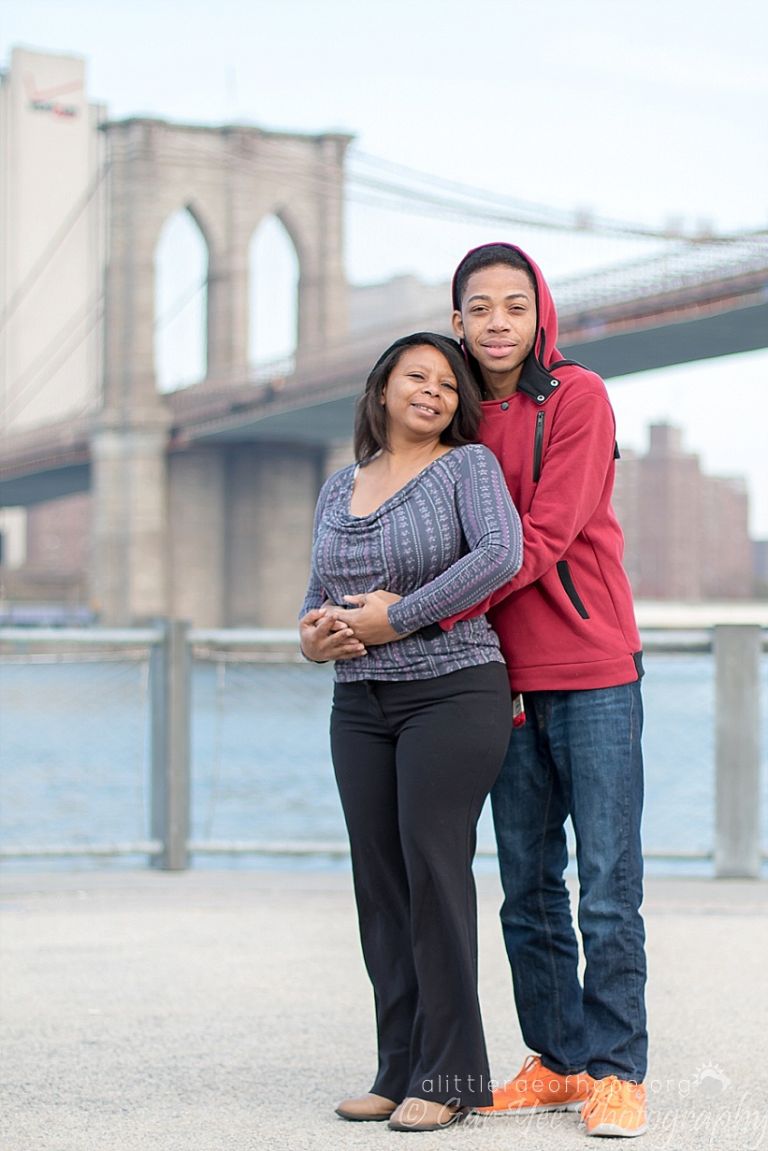 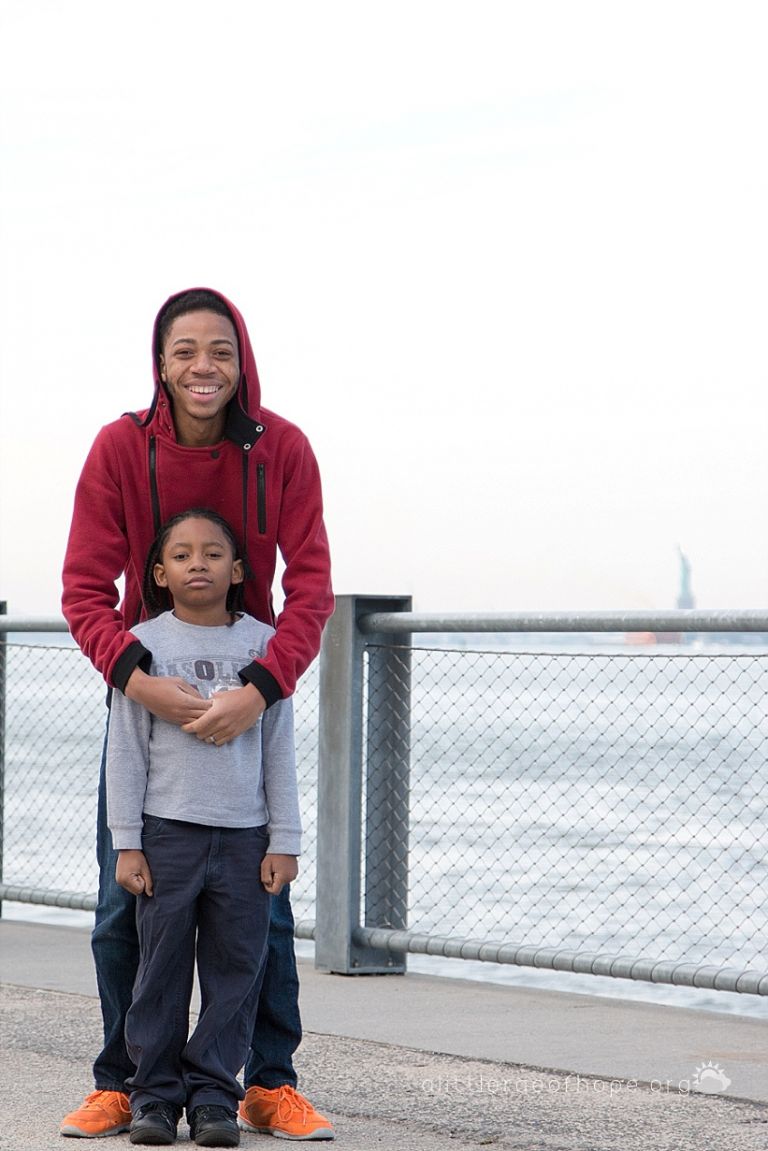 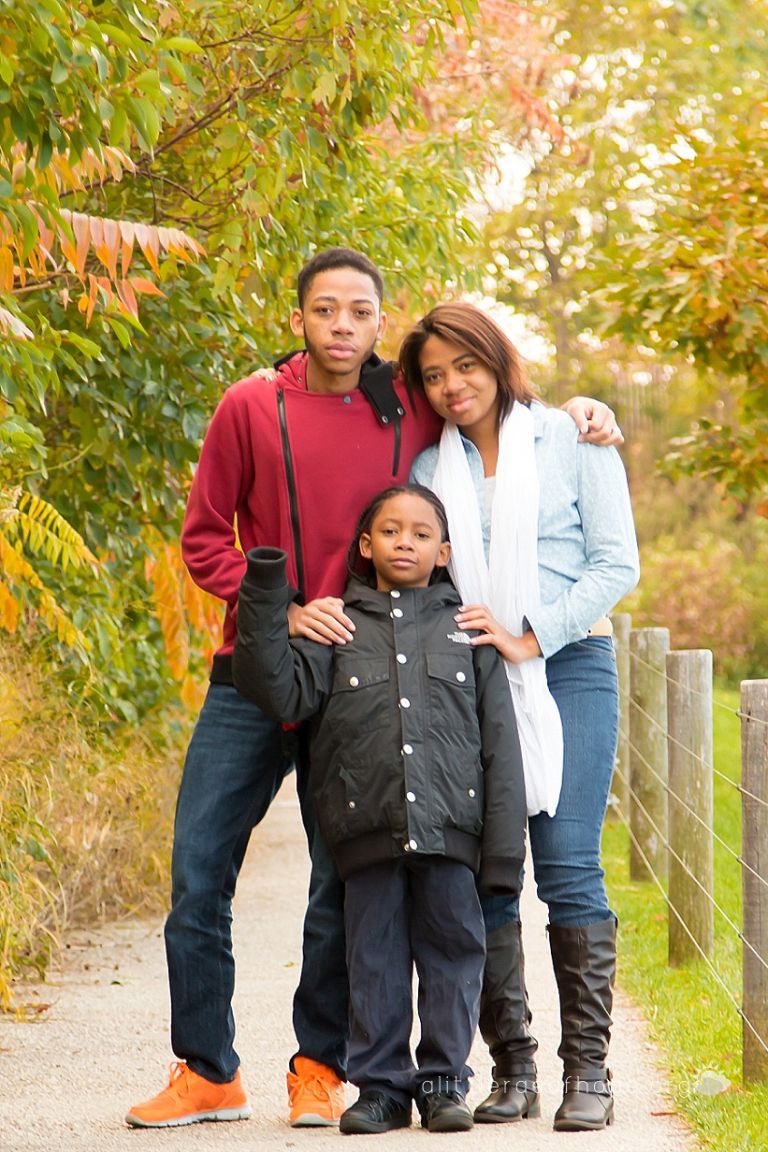 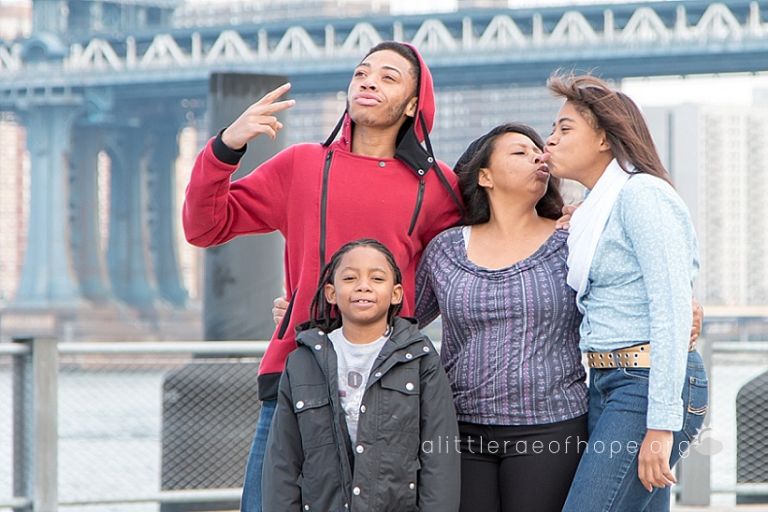 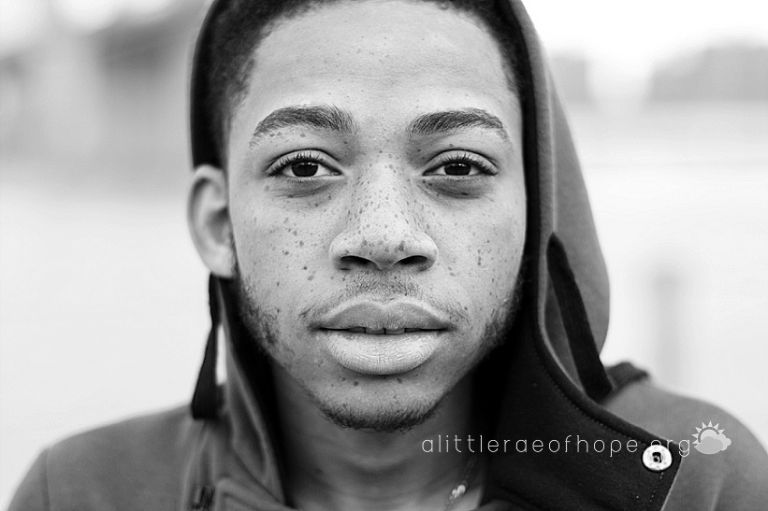